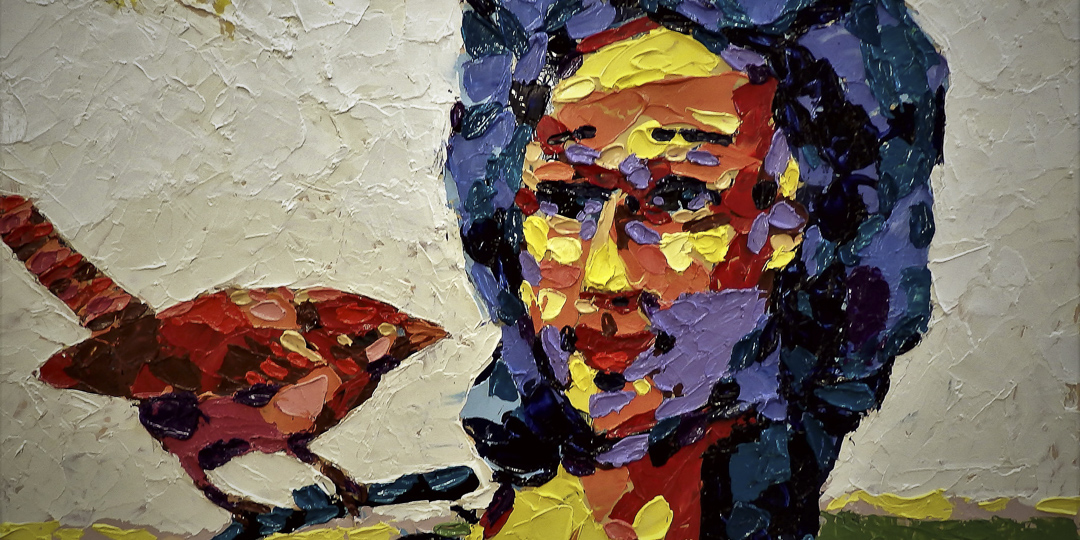 The focuses of my artwork are attempts to capture the emotional essence of the subject at hand. This is usually portraits or works of birds and wildlife but also covers a much broader range of subject matter. Hence I would describe myself as an artist wedded to the school of expressionism.

The historical roots of my current thoughts regarding art tend towards the Germanic Medieval Renaissance period. This is best illustrated by the works of Durer and Grunewald.

That period’s cultural dialogue of social ugliness, crudeness and cynicism was revisited before and after the turn of the 20th century. The work by artists such as Van Gough, Ensor, Nolde, Munch and many others metamorphosed in numerous guises into such present day Australian artists such as Euan Macleod and Wendy Sharpe.

My embracing of the concept of emotion over traditional realism was, in large part, related to the birth of my political activism. In the US around the mid 1960’s protest against the Vietnam War, the spread of nuclear weapons, fights for equality of races, sexes and general wealth distribution were common. I joined in whenever possible and all of this had a profound impact on my art.

This ongoing fight against societies fidelity to accepted social norms flowed into my art. This is best represented by my choice of subject matter and the means by which I arrived at my imagery.

I now strive to develop an open ended approach to my art with a goal of producing powerful images by whatever means necessary. The end result is that when asked to define the medium I use to produce a work I list the words “multimedia”.  Some of the tools I use to produce an image include Photoshop, mixed medium paintings and sculptures using a variety of materials.

Another personal development over time has been the pricing of my work. I have now arrived at a place where my goal is to provide people images at a price that is manageable for a vast majority of art lovers. I object, strongly, to a world where only the wealthy can own quality work; one where the work of people like Van Gogh end up in the hands of the wealthy while he died in poverty.